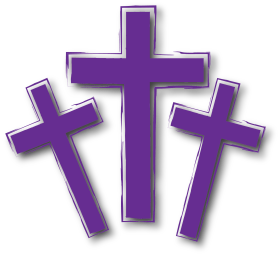 46 Joseph was thirty years old when he entered the service of Pharaoh king of Egypt. And Joseph went out from the presence of Pharaoh and went through all the land of Egypt. 47 During the seven plentiful years the earth produced abundantly, 48 and he gathered up all the food of these seven years, which occurred in the land of Egypt, and put the food in the cities. He put in every city the food from the fields around it. 49 And Joseph stored up grain in great abundance, like the sand of the sea, until he ceased to measure it, for it could not be measured.

50 Before the year of famine came, two sons were born to Joseph. Asenath, the daughter of Potiphera priest of On, bore them to him. 51 Joseph called the name of the firstborn Manasseh. “For,” he said, “God has made me forget all my hardship and all my father’s house.” 52 The name of the second he called Ephraim, “For God has made me fruitful in the land of my affliction.”

Give ear to my prayer, O God, and hide not yourself from my plea for mercy! 2  Attend to me, and answer me; I am restless in my complaint and I moan, 3  because of the noise of the enemy, because of the oppression of the wicked. For they drop trouble upon me, and in anger they bear a grudge against me. 4  My heart is in anguish within me; the terrors of death have fallen upon me. 5  Fear and trembling come upon me, and horror overwhelms me. 6  And I say, “Oh, that I had wings like a dove! I would fly away and be at rest; 7 yes, I would wander far away; I would lodge in the wilderness; Selah 8  I would hurry to find a shelter from the raging wind and tempest.” 9  Destroy, O Lord, divide their tongues; for I see violence and strife in the city. 10  Day and night they go around it on its walls, and iniquity and trouble are within it; 11  ruin is in its midst; oppression and fraud do not depart from its marketplace. 12  For it is not an enemy who taunts me— then I could bear it; it is not an adversary who deals insolently with me— then I could hide from him. 13 But it is you, a man, my equal, my companion, my familiar friend. 14  We used to take sweet counsel together; within God’s house we walked in the throng. 15  Let death steal over them; let them go down to Sheol alive; for evil is in their dwelling place and in their heart. 16  But I call to God, and the Lord will save me. 17 Evening and morning and at noon I utter my complaint and moan, and he hears my voice. 18  He redeems my soul in safety from the battle that I wage, for many are arrayed against me. 19  God will give ear and humble them, he who is enthroned from of old, Selah because they do not change and do not fear God. 20  My companion stretched out his hand against his friends; he violated his covenant. 21  His speech was smooth as butter, yet war was in his heart; his words were softer than oil, yet they were drawn swords. 22 Cast your burden on the Lord, and he will sustain you; he will never permit the righteous to be moved. 23  But you, O God, will cast them down into the pit of destruction; men of blood and treachery shall not live out half their days. But I will trust in you.

“When the Son of Man comes in his glory, and all the angels with him, then he will sit on his glorious throne. 32 Before him will be gathered all the nations, and he will separate people one from another as a shepherd separates the sheep from the goats. 33 And he will place the sheep on his right, but the goats on the left. 34 Then the King will say to those on his right, ‘Come, you who are blessed by my Father, inherit the kingdom prepared for you from the foundation of the world. 35 For I was hungry and you gave me food, I was thirsty and you gave me drink, I was a stranger and you welcomed me, 36 I was naked and you clothed me, I was sick and you visited me, I was in prison and you came to me.’ 37 Then the righteous will answer him, saying, ‘Lord, when did we see you hungry and feed you, or thirsty and give you drink? 38 And when did we see you a stranger and welcome you, or naked and clothe you? 39 And when did we see you sick or in prison and visit you?’ 40 And the King will answer them, ‘Truly, I say to you, as you did it to one of the least of these my brothers, you did it to me.’

41 “Then he will say to those on his left, ‘Depart from me, you cursed, into the eternal fire prepared for the devil and his angels. 42 For Job 22:7

Joseph’s brothers tried to harm Joseph. Davids’s best friend, Jonathan, tried to harm David. God had a different plan for Joseph and for David, and God saw to it that his plan prevailed. Joseph and David trusted the Lord, even when awful things were going on in their lives. When things are going wrong in your life, do you turn to a friend? Or do you turn to the Lord? Who do you trust to help you? Do you trust the Lord?

We are a congregation of disciples of Jesus, committed to serving our neighbors in love and sharing the Good News of Christ with the world. View all posts by Trinity Lutheran Church, Monroeville