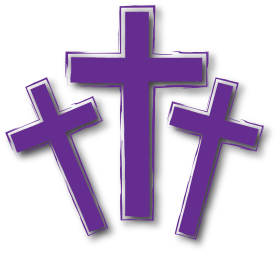 Some time after this, the cupbearer of the king of Egypt and his baker committed an offense against their lord the king of Egypt. 2 And Pharaoh was angry with his two officers, the chief cupbearer and the chief baker, 3 and he put them in custody in the house of the captain of the guard, in the prison where Joseph was confined. 4 The captain of the guard appointed Joseph to be with them, and he attended them. They continued for some time in custody. 5 And one night they both dreamed—the cupbearer and the baker of the king of Egypt, who were confined in the prison—each his own dream, and each dream with its own interpretation. 6 When Joseph came to them in the morning, he saw that they were troubled. 7 So he asked Pharaoh’s officers who were with him in custody in his master’s house, “Why are your faces downcast today?” 8 They said to him, “We have had dreams, and there is no one to interpret them.” And Joseph said to them, “Do not interpretations belong to God? Please tell them to me.”

9 So the chief cupbearer told his dream to Joseph and said to him, “In my dream there was a vine before me, 10 and on the vine there were three branches. As soon as it budded, its blossoms shot forth, and the clusters ripened into grapes. 11 Pharaoh’s cup was in my hand, and I took the grapes and pressed them into Pharaoh’s cup and placed the cup in Pharaoh’s hand.” 12 Then Joseph said to him, “This is its interpretation: the three branches are three days. 13 In three days Pharaoh will lift up your head and restore you to your office, and you shall place Pharaoh’s cup in his hand as formerly, when you were his cupbearer. 14 Only remember me, when it is well with you, and please do me the kindness to mention me to Pharaoh, and so get me out of this house. 15 For I was indeed stolen out of the land of the Hebrews, and here also I have done nothing that they should put me into the pit.”

16 When the chief baker saw that the interpretation was favorable, he said to Joseph, “I also had a dream: there were three cake baskets on my head, 17 and in the uppermost basket there were all sorts of baked food for Pharaoh, but the birds were eating it out of the basket on my head.” 18 And Joseph answered and said, “This is its interpretation: the three baskets are three days. 19 In three days Pharaoh will lift up your head—from you!—and hang you on a tree. And the birds will eat the flesh from you.”

The fool says in his heart, “There is no God.” They are corrupt, doing abominable iniquity; there is none who does good. 2  God looks down from heaven on the children of man to see if there are any who understand, who seek after God. 3  They have all fallen away; together they have become corrupt; there is none who does good, not even one. 4  Have those who work evil no knowledge, who eat up my people as they eat bread, and do not call upon God? 5  There they are, in great terror, where there is no terror! For God scatters the bones of him who encamps against you; you put them to shame, for God has rejected them. 6  Oh, that salvation for Israel would come out of Zion! When God restores the fortunes of his people, let Jacob rejoice, let Israel be glad.

“>oat the mill; one will be taken and one left. 42 Therefore, stay awake, for you do not know on what day your Lord is coming. 43 But know this, that if the master of the house had known in what part of the night the thief was coming, he would have stayed awake and would not have let his house be broken into. 44 Therefore you also must be ready, for the Son of Man is coming at an hour you do not expect.

45 “Who then is the faithful and wise servant, whom his master has set over his household, to give them their food at the proper time? 46 Blessed is that servant whom his master will find so doing when he comes. 47 Truly, I say to you, he will set him over all his possessions. 48 But if that wicked servant says to himself, ‘My master is delayed,’ 49 and begins to beat his fellow servants and eats and drinks with drunkards, 50 the master of that servant will come on a day when he does not expect him and at an hour he does not know 51 and will cut him in pieces and put him with the hypocrites. In that place there will be weeping and gnashing of teeth.

The Parable of the Ten Virgins
25 “Then the kingdom of heaven will be like ten virgins who took their lamps and went to meet the bridegroom. 2 Five of them were foolish, and five were wise. 3 For when the foolish took their lamps, they took no oil with them, 4 but the wise took flasks of oil with their lamps. 5 As the bridegroom was delayed, they all became drowsy and slept. 6 But at midnight there was a cry, ‘Here is the bridegroom! Come out to meet him.’ 7 Then all those virgins rose and trimmed their lamps. 8 And the foolish said to the wise, ‘Give us some of your oil, for our lamps are going out.’ 9 But the wise answered, saying, ‘Since there will not be enough for us and for you, go rather to the dealers and buy for yourselves.’ 10 And while they were going to buy, the bridegroom came, and those who were ready went in with him to the marriage feast, and the door was shut. 11 Afterward the other virgins came also, saying, ‘Lord, lord, open to us.’ 12 But he answered, ‘Truly, I say to you, I do not know you.’ 13 Watch therefore, for you know neither the day nor the hour.

Fools say, “There is no God.” God is looking down to see who seeks after him, who shows understanding of his truth.

Do you seek after God? Do you live your life seeking him and searching his word? Or have you turned aside and become corrupt?

No one knows when the Lord will return, but we must be ready. Our hearts must be seeking after him. Who or what is your heart seeking?