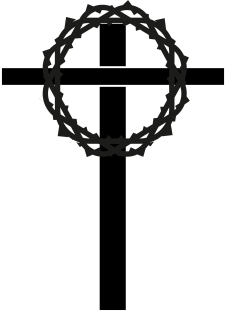 God said to Jacob, “Arise, go up to Bethel and dwell there. Make an altar there to the God who appeared to you when you fled from your brother Esau.” 2 So Jacob said to his household and to all who were with him, “Put away the foreign gods that are among you and purify yourselves and change your garments. 3 Then let us arise and go up to Bethel, so that I may make there an altar to the God who answers me in the day of my distress and has been with me wherever I have gone.” 4 So they gave to Jacob all the foreign gods that they had, and the rings that were in their ears. Jacob hid them under the terebinth tree that was near Shechem.

5 And as they journeyed, a terror from God fell upon the cities that were around them, so that they did not pursue the sons of Jacob. 6 And Jacob came to Luz (that is, Bethel), which is in the land of Canaan, he and all the people who were with him, 7 and there he built an altar and called the place El-bethel, because there God had revealed himself to him when he fled from his brother. 8 And Deborah, Rebekah’s nurse, died, and she was buried under an oak below Bethel. So he called its name Allon-bacuth.

9 God appeared to Jacob again, when he came from Paddan-aram, and blessed him. 10 And God said to him, “Your name is Jacob; no longer shall your name be called Jacob, but Israel shall be your name.” So he called his name Israel. 11 And God said to him, “I am God Almighty: be fruitful and multiply. A nation and a company of nations shall come from you, and kings shall come from your own body. 12 The land that I gave to Abraham and Isaac I will give to you, and I will give the land to your offspring after you.” 13 Then God went up from him in the place where he had spoken with him. 14 And Jacob set up a pillar in the place where he had spoken with him, a pillar of stone. He poured out a drink offering on it and poured oil on it. 15 So Jacob called the name of the place where God had spoken with him Bethel.

My heart overflows with a pleasing theme; I address my verses to the king; my tongue is like the pen of a ready scribe. 2  You are the most handsome of the sons of men; grace is poured upon your lips; therefore God has blessed you forever. 3 Gird your sword on your thigh, O mighty one, in your splendor and majesty! 4  In your majesty ride out victoriously for the cause of truth and meekness and righteousness; let your right hand teach you awesome deeds! 5  Your arrows are sharp in the heart of the king’s enemies; the peoples fall under you. 6 Your throne, O God, is forever and ever. The scepter of your kingdom is a scepter of uprightness; 7 you have loved righteousness and hated wickedness. Therefore God, your God, has anointed you with the oil of gladness beyond your companions; 8  your robes are all fragrant with myrrh and aloes and cassia. From ivory palaces stringed instruments make you glad; 9  daughters of kings are among your ladies of honor; at your right hand stands the queen in gold of Ophir. 10  Hear, O daughter, and consider, and incline your ear: forget your people and your father’s house, 11  and the king will desire your beauty. Since he is your lord, bow to him. 12  The people of Tyre will seek your favor with gifts, the richest of the people. 13  All glorious is the princess in her chamber, with robes interwoven with gold. 14 In many-colored robes she is led to the king, with her virgin companions following behind her. 15  With joy and gladness they are led along as they enter the palace of the king. 16  In place of your fathers shall be your sons; you will make them princes in all the earth. 17 I will cause your name to be remembered in all generations; therefore nations will praise you forever and ever.

45 When the chief priests and the Pharisees heard his parables, they perceived that he was speaking about them. 46 And although they were seeking to arrest him, they feared the crowds, because they held him to be a prophet.

The Parable of the Wedding Feast
22 And again Jesus spoke to them in parables, saying, 2 “The kingdom of heaven may be compared to a king who gave a wedding feast for his son, 3 and sent his servants to call those who were invited to the wedding feast, but they would not come. 4 Again he sent other servants, saying, ‘Tell those who are invited, “See, I have prepared my dinner, my oxen and my fat calves have been slaughtered, and everything is ready. Come to the wedding feast.” ’ 5 But they paid no attention and went off, one to his farm, another to his business, 6 while the rest seized his servants, treated them shamefully, and killed them.7 The king was angry, and he sent his troops and destroyed those murderers and burned their city. 8 Then he said to his servants, ‘The wedding feast is ready, but those invited were not worthy. 9 Go therefore to the main roads and invite to the wedding feast as many as you find.’ 10 And those servants went out into the roads and gathered all whom they found, both bad and good. So the wedding hall was filled with guests.

11 “But when the king came in to look at the guests, he saw there a man who had no wedding garment. 12 And he said to him, ‘Friend, how did you get in here without a wedding garment?’ And he was speechless. 13 Then the king said to the attendants, ‘Bind him hand and foot and cast him into the outer darkness. In that place there will be weeping and gnashing of teeth.’ 14 For many are called, but few are chosen.”

Jacob accepted the invitation from the Lord and said that God was with him wherever he went. Do you give thanks to the Lord? Do you pass along your stories of God to the next generation?

Jesus’ parable of the wedding feast shows that God has done the preparation and God has invited the guests. When we decide whether to accept the invitation or to reject him, Jesus shows what happens to those who were invited but who were not worthy.