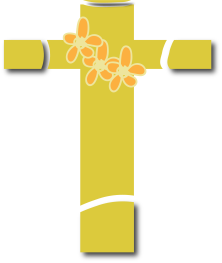 … and Laban said to (Jacob), “Surely you are my bone and my flesh!” And he stayed with him a month. 15 Then Laban said to Jacob, “Because you are my kinsman, should you therefore serve me for nothing? Tell me, what shall your wages be?” 16 Now Laban had two daughters. The name of the older was Leah, and the name of the younger was Rachel. 17 Leah’s eyes were weak, but Rachel was beautiful in form and appearance. 18 Jacob loved Rachel. And he said, “I will serve you seven years for your younger daughter Rachel.” 19 Laban said, “It is better that I give her to you than that I should give her to any other man; stay with me.” 20 So Jacob served seven years for Rachel, and they seemed to him but a few days because of the love he had for her.

21 Then Jacob said to Laban, “Give me my wife that I may go in to her, for my time is completed.” 22 So Laban gathered together all the people of the place and made a feast. 23 But in the evening he took his daughter Leah and brought her to Jacob, and he went in to her. 24 (Laban gave his female servant Zilpah to his daughter Leah to be her servant.) 25 And in the morning, behold, it was Leah! And Jacob said to Laban, “What is this you have done to me? Did I not serve with you for Rachel? Why then have you deceived me?” 26 Laban said, “It is not so done in our country, to give the younger before the firstborn. 27 Complete the week of this one, and we will give you the other also in return for serving me another seven years.” 28 Jacob did so, and completed her week. Then Laban gave him his daughter Rachel to be his wife. 29 (Laban gave his female servant Bilhah to his daughter Rachel to be her servant.)

Fret not yourself because of evildoers; be not envious of wrongdoers! 2  For they will soon fade like the grass and wither like the green herb. 3 Trust in the Lord, and do good; dwell in the land and befriend faithfulness. 4 Delight yourself in the Lord, and he will give you the desires of your heart. 5 Commit your way to the Lord; trust in him, and he will act. 6 He will bring forth your righteousness as the light, and your justice as the noonday. 7 Be still before the Lord and wait patiently for him; fret not yourself over the one who prospers in his way, over the man who carries out evil devices! 8 Refrain from anger, and forsake wrath! Fret not yourself; it tends only to evil. 9 For the evildoers shall be cut off, but those who wait for the Lord shall inherit the land. 10  In just a little while, the wicked will be no more; though you look carefully at his place, he will not be there. 11  But the meek shall inherit the land and delight themselves in abundant peace. 12  The wicked plots against the righteous and gnashes his teeth at him, 13  but the Lord laughs at the wicked, for he sees that his day is coming. 14  The wicked draw the sword and bend their bows to bring down the poor and needy, to slay those whose way is upright; 15  their sword shall enter their own heart and their bows shall be broken. 16 Better is the little that the righteous has than the abundance of many wicked. 17  For the arms of the wicked shall be broken, but the Lord upholds the righteous. 18  The Lord knows the days of the blameless, and their heritage will remain forever; 19  they are not put to shame in evil times; in the days of famine they have abundance. 20  But the wicked will perish; the enemies of the Lord are like the glory of the pastures; they vanish—like smoke they vanish away. 21  The wicked borrows but does not pay back, but the righteous is generous and gives; 22  for those blessed by the Lord shall inherit the land, but those cursed by him shall be cut off. 23  The steps of a man are established by the Lord, when he delights in his way; 24 though he fall, he shall not be cast headlong, for the Lord upholds his hand. 25  I have been young, and now am old, yet I have not seen the righteous forsaken or his children begging for bread. 26  He is ever lending generously, and his children become a blessing. 27  Turn away from evil and do good; so shall you dwell forever. 28  For the Lord loves justice; he will not forsake his saints. They are preserved forever, but the children of the wicked shall be cut off. 29  The righteous shall inherit the land and dwell upon it forever. 30  The mouth of the righteous utters wisdom, and his tongue speaks justice. 31 The law of his God is in his heart; his steps do not slip.

32  The wicked watches for the righteous and seeks to put him to death. 33  The Lord will not abandon him to his power or let him be condemned when he is brought to trial. 34 Wait for the Lord and keep his way, and he will exalt you to inherit the land; you will look on when the wicked are cut off. 35 I have seen a wicked, ruthless man, spreading himself like a green laurel tree. 36  But he passed away, and behold, he was no more; though I sought him, he could not be found. 37  Mark the blameless and behold the upright, for there is a future for the man of peace. 38  But transgressors shall be altogether destroyed; the future of the wicked shall be cut off. 39 The salvation of the righteous is from the Lord; he is their stronghold in the time of trouble. 40  The Lord helps them and delivers them; he delivers them from the wicked and saves them, because they take refuge in him.

21 Then Peter came up and said to him, “Lord, how often will my brother sin against me, and I forgive him? As many as seven times?” 22 Jesus said to him, “I do not say to you seven times, but seventy-seven times.

23 “Therefore the kingdom of heaven may be compared to a king who wished to settle accounts with his servants. 24 When he began to settle, one was brought to him who owed him ten thousand talents. 25 And since he could not pay, his master ordered him to be sold, with his wife and children and all that he had, and payment to be made. 26 So the servant fell on his knees, imploring him, ‘Have patience with me, and I will pay you everything.’ 27 And out of pity for him, the master of that servant released him and forgave him the debt. 28 But when that same servant went out, he found one of his fellow servants who owed him a hundred denarii, and seizing him, he began to choke him, saying, ‘Pay what you owe.’ 29 So his fellow servant fell down and pleaded with him, ‘Have patience with me, and I will pay you.’ 30 He refused and went and put him in prison until he should pay the debt. 31 When his fellow servants saw what had taken place, they were greatly distressed, and they went and reported to their master all that had taken place. 32 Then his master summoned him and said to him, ‘You wicked servant! I forgave you all that debt because you pleaded with me. 33 And should not you have had mercy on your fellow servant, as I had mercy on you?’ 34 And in anger his master delivered him to the jailers, until he should pay all his debt. 35 So also my heavenly Father will do to every one of you, if you do not forgive your brother from your heart.”

When we do wrong and then turn to God, it is often because our sins have been found out, they are made public. Do you then turn to the Lord? Do you care only about his forgiveness and his rebuke? Or, do you care, then, about the others around you and what they think and what they will say?
How is forgiveness a matter of the heart? Who helps us to forgive when it seems impossible?